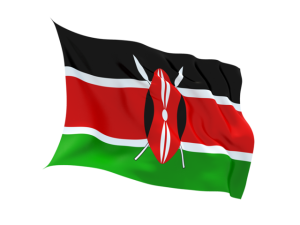 On December 12 2015, Kenyans will mark 52 years of independence from British colonial rule. While there’s room for improvement especially regarding governance, a great deal of achievements worthy of celebration do exist.

For instance, while corruption and negative ethnicity continue to threaten national progress, free primary education has afforded and continues to afford education to a significant proportion of children who would have otherwise been out of school and without formal education. Moreover,  the devolved system of government, realised after the 2010 promulgation of the new constitution, continues to improve the lived experience of the hitherto marginalized communities across the country such as those resident in the vast rangelands of northern Kenya. And not forgetting freedom of speech.

I could go on stating reason after reason, but I won’t because today as a Kenyan Doctoral student and resident of the United States, I want to share a personal experience that has revitalized my pride in Kenya as my country of birth.

About two weeks ago, I got to learn that my passport is lost. Well, this is briefly how it happened. I am set to visit South Africa early next year and since the country requires Kenyans to have a visa to gain entry, I applied for a visa at the South African Consulate in New York. Unfortunately, the visa and my passport disappeared between the South African New York Consulate and my residence thanks to FedEx.

In a twist of events, my excitement turned into misery. With all my flights already paid for and non-refundable; and with my trip set to kick off in slightly over a month’s time from the date (November 18, 2015) of learning of the passport loss, my travel prospects suddenly became clouded in deep uncertainty.

I called the South African Consulate in New York and our conversation ended with an assurance of a gratis visa contingent on me getting a new passport.

By November 20, 2015 – two days after I learnt of the loss – Embassy of Kenya in Washington DC had received my application for a replacement passport. On December 5, 2015 my new passport came in the mail. But that is not all, the date on the passport shows it was issued on November 30, 2015.

Essentially, the Embassy issued me with a new passport within 10 days of applying for it. Considering that the Embassy was closed for two days for thanksgiving holiday and also taking the weekend into account, it means it effectively took five working days for my new passport to be ready.

If this is not efficient service delivery then I don’t know what else is. I am quite impressed by how speedy the Embassy handled my case. Although I requested for expedited service at the time of application, getting the passport ready in five working days is still quite commendable considering that the Embassy is most likely handling a considerable number of cases at any given time.

Thus, I strongly feel the team at the consular section of the Embassy deserves a pat on the back. But since I am not in DC to physically actualize the pat, I hope this short piece conveys my  sincere appreciation of the exemplary service accorded to me by the team at the Kenyan foreign mission in the United States. Thank you for doubling my pride in our country. God bless you and may he bless Kenya.

Happy Jamhuri day celebrations ahead to all Kenyans at home and in the diaspora.

3 thoughts on “Kenya at 52: Why I am a proud Kenyan this December”